Foods for the brainThe products for the brain, which we will consider in this article, contribute to the improvement of mental activity. Studies show that our brain consumes about 20% of energy. An…

What are nootropics and how do they workNootropics are in high demand these days. Nootropics began to be taken not only as prescribed by a doctor, but also on their own, to improve memory and attention. To…

The Truth About Nerve Cells That ‘Don’t Regenerate’ 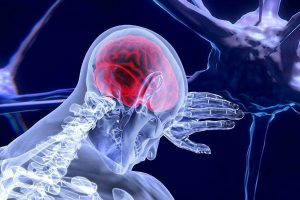 How often do you hear the phrase: nerve cells do not regenerate. It is with these words that they try to convince a person not to worry. And until recently, this phrase was considered true. But some discoveries allowed scientists to doubt the accepted dogma. So, do nerve cells recover (this process is called neurogenesis by doctors) in the human body?

This theory was based on the following principles:

Clinical. Patients who are diagnosed with neurological diseases associated with CNS lesions do not recover. Alzheimer’s or Parkinson’s disease has a progressive deterioration. Treatment can get rid of unpleasant symptoms, but it cannot stop the disease.
Functional. The central nervous system is responsible for many complex mechanisms (the appearance of emotions, the manifestation of reflexes, the performance of movements). Neuroscientists believe that such functions require “fine tuning.” Therefore, the appearance of new cells could disrupt the entire work of the central nervous system.
Theories of learning. According to scientists, in the process of learning a person has formed neural networks. If you need to remember something, the information is simply retrieved from the desired grid. The appearance of new nerve cells in this theory is completely incompatible with memory.
Scientists conducted research in the field of neurogenesis
However, even such an “infallible” theory was refuted. Some experiments and discoveries called into question the tenets of the Spaniard neuroscientist. And the question again arose before scientists: do nerve cells recover in humans or not?

Formation of neurogenesis
The idea of ​​neurogenesis has been formed over several decades:

1962 Joseph Altman and a group of scientists discovered radioactive thymidine in the cells of the dentate gyrus. Such a substance is able to integrate into the DNA of only those cells that can divide. Therefore, the discovery of thymidine in the hippocampus (a part of the brain) has led many into confusion. However, scientists failed to prove that it was the neurons that were labeled.
1977 Researcher James Hinds and his colleague Michael Kaplan repeated Altman’s experiment. Through the use of electron microscopy, they were able to confirm that the neurons were labeled.
1989 Fernando Noteboum discovered that canaries that sing new songs have neurons in their brains.
2011. Evidence has been obtained of neurogenesis in certain areas of the brain in mammals and humans.
What is neurogenesis
A nerve cell (called a neuron) is a rather complex structure. It has several branched processes (dendrites and axons). Due to these processes, neurons are in contact with each other or with other tissues (for example, with muscle fibers). If these connections are broken, then the person begins to develop pathologies of the nervous system.

Nerve cells are unable to divide. Experimental attempts to cause neuronal division have led to cell death. After all, in order to divide, the neuron had to lose all connections. Therefore, it was widely believed that nerve cells were not restored.

Calm environment affects the recovery of nerves
However, in the brain there is a process of emergence of new neurons. They are formed from progenitor cells. This process is called neurogenesis. The emergence of new neurons was found in the hippocampus and subventricular zone. Nerve cells appear daily. Then the neurons move to other parts of the brain, where they perform the functions assigned to them.

Factors affecting neurogenesis
Until today, the process of neurogenesis remains poorly understood and fraught with many mysteries. However, scientists managed to identify some regularities.

The appearance of new neurons in the brain is greatly enhanced by the following factors:

favorable environment;
learning;
moderate exercise;
taking antidepressants;
the actions of certain hormones (eg, estrogen).
Some moments can slow down neurogenesis. The following factors can worsen the formation of neurons:

excessive stress;
the use of glucocorticoids;
effects on the body of stress hormones (cortisol);
natural aging.
Given such features, the motto “Don’t be nervous, because nerve cells do not recover” is still relevant.
Pathologies that reduce neurogenesis
Some diseases can destroy neurons. Such pathologies can significantly slow down, and sometimes completely stop, the process of neurogenesis.

Due to constant depression
Such diseases include:

Stroke. This is a pathology in which there is an acute violation of blood flow in the brain. There is a violation of the connections of some neurons. Parts of the brain die.

The Truth About Nerve Cells That 'Don't Regenerate'How often do you hear the phrase: nerve cells do not regenerate. It is with these words that they try to convince a person not to worry. And until recently,…