What are nootropics and how do they work 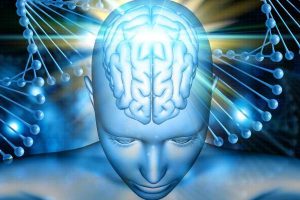 Nootropics are in high demand these days. Nootropics began to be taken not only as prescribed by a doctor, but also on their own, to improve memory and attention. To what extent is it justified and, most importantly, safe?

What are nootropics?
This term means a whole group of various drugs that affect the functioning of the brain: intellectual activity, memory, cognitive abilities.In addition, nootropics help the brain cope with excessive stress, reduce symptoms of brain damage, and improve connections between brain structures.

The first such drug, piracetam, was obtained in 1963. It acted like psychostimulants, but did not have, unlike them, the side effects characteristic of them.

The term “nootropics”, which means “direction of the mind” in Greek, appeared 10 years later.

What are nootropics?
In fact, completely different groups of drugs are hidden under this word, the only thing they have in common is that they affect brain activity.

Most Nootropics Help You Relax
There are so-called true nootropics that act mainly on mental activity, the processes of remembering and reproducing information. Other drugs have the ability to prevent damage to brain cells, have a calming, relaxing, anticonvulsant effect.

The mechanism of action of nootropics
Nootropics act either directly on a nerve cell or on cerebral circulation, enhancing and improving blood flow.

In the first case, drugs affect the biochemical processes occurring in nerve cells, thus activating their work. As a result, the metabolism of glucose, nucleic acids and other substances necessary for brain activity improves.

Some nootropics increase the production of neurotransmitters – substances through which nerve impulses are conducted: serotonin, dopamine, norepinephrine.

Due to increased blood flow and improved blood circulation, more nutrients enter the brain, which improves its functioning.

What are the effects of nootropics?
Why do we need nootropics, how can they help?

1. Nootropic drugs help in violation of the higher functions of the brain, acting on thinking, attention, speech.

Drugs make you absorb information faster
2. They enhance memory, contribute to the memorization of information, learning.

3. They have a psychostimulating effect, removing lethargy, apathy and lethargy.

5. Increase the ability of the brain to counteract negative factors.

6. Have an antidepressant effect.

8. In epilepsy and Parkinson’s disease, they contribute to the correction of neurological disorders.

How effective are nootropics?
It is difficult to answer this question. The fact is that these drugs have not been sufficiently studied. Some studies, of course, have been conducted, but they cannot be considered up to the standards of evidence-based medicine.

Who needs nootropics?
Neurologists use these drugs in rehabilitation after strokes, traumatic brain injuries. They are prescribed for epilepsy, dementia, Alzheimer’s and Parkinson’s diseases, multiple sclerosis, mental retardation in children and other diseases.

There is no verified data on this. Yes, and it is difficult to get them: how to check whether a person has begun to think better? And if so, did it happen due to the drug or for other reasons?

Subjectively, nootropics help someone, but not someone. It all depends on the person, his body, and on the specific drug. After all, in fact, these are completely different groups of drugs, and they act differently.

It must be understood that the effect of nootropic drugs is cumulative (accumulative) in nature. This means that they will begin to act only after a course of several weeks. That is, you won’t be able to take one pill and immediately “clear” your brain.

Another point that must be taken into account when deciding to take a nootropic drug is how safe it is.

Most nootropics are considered fairly harmless. Side effects are minimal and disappear as soon as the medication is stopped.

So, in many countries, nootropics, which we consider medicines, are classified as biologically active supplements and sold without a prescription.
However, nootropics also have their contraindications.