What is osteochondrosisIf you are interested in interesting medical facts, then we offer you a short overview of what osteochondrosis is. This compound word comes from two Greek words: "Osteo" - bone,…

Hypochondria: a disease of malingerers? 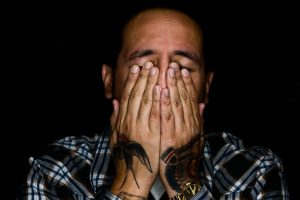 “Yes, he’s just a hypochondriac”, “Here he put hypochondria on himself” – we speak with irritation about an overly suspicious, dull, constantly complaining person, not always realizing that hypochondria is actually a disease.

Hypochondria refers to mental disorders, and it is characterized by the fact that the person suffering from hypochondria is excessively and unreasonably concerned about his health.

Hypochondria can act as an independent disease, or it can be a symptom of a mental illness, in particular schizophrenia.

There are not so few hypochondriacs: according to various sources, of all those who go to doctors, they range from 3 to 20% (in the USA).

Both men and women are susceptible to this disorder, usually the disease develops after 35-40 years, the second peak occurs after the age of 60.

Causes of hypochondria
Hypochondria is a multifactorial disorder, meaning it has multiple causes.

As a rule, hypochondriacs are people who are overly suspicious, tend to exaggerate everything, emotionally unstable and sensitive. Such personality traits are usually inherited.

Hypochondriacs are prone to depression
Impaired perception of body signals

Hypochondriacs perceive normal body reactions as pathological, for example, they perceive slight discomfort as pain. This may be due to disorders in the brain or peripheral nerves.

Such traumatic cases can be violence, serious illnesses, including diseases of early childhood. Especially if the parents were unnecessarily worried about the health of the child.

The careless words of a doctor, and even aggressive advertising of some drug, can give impetus to the development of hypochondria.

Hypochondria is often a symptom of other mental disorders. This is how schizophrenia and severe depression manifest themselves.

Signs of hypochondria
The hypochondriac is very worried about his own health and suspects that he has serious illnesses, despite the fact that they are not confirmed by research and analysis. Most often, a person believes that he has problems with the heart, stomach and intestines, genitals or brain, and makes a diagnosis himself. Often this diagnosis changes: today it is a tumor, tomorrow it is an ulcer.

The hypochondriac is always in pain
A hypochondriac experiences pain in the body that has no objective cause. Often sensations that a healthy person will not notice are perceived by a hypochondriac as severe pain. Sometimes these pains are very unusual: twisting, shooting, twisting.

The hypochondriac complains that he has a prickle here, he is numb here, and goosebumps crawl there.

Sometimes he experiences uncomfortable sensations in the body that do not have a clear localization. He can hardly describe them as, for example, thumping, burning, throbbing, bursting – these are the so-called senestopathies. They are very disturbing to the patient and give him true torment.

Hypochondria is characterized by visceral hallucinations, which consist in the fact that a person believes that living beings live in his body. It can be spiders, frogs or incomprehensible entities. He feels how they move in the abdomen, under the skin, through the blood vessels.

The character of the patient changes: he becomes apathetic and depressed. He has depression, various fears: death, the appearance of cancer, AIDS, illness, unknown medicine.

The hypochondriac is completely focused on himself, his bodily sensations. He constantly checks his condition: measures the pulse, feels the body in search of a tumor, women check vaginal discharge, men check the process of urination.

The hypochondriac tries not to get into situations that, in his opinion, can negatively affect health: they do not leave the house, as there are germs, they refuse physical activity so that a heart attack does not develop, etc.

Often people tend to treat themselves
A hypochondriac constantly visits doctors, undergoes tests to confirm the diagnosis that he has made for himself. He studies special literature, articles on the Internet. If the doctor tries to convince him that he does not have a disease that the hypochondriac suspects, he becomes angry, considers the doctor incompetent and begins to treat himself.

It is not necessary that the patient has all the signs and symptoms listed above, especially since there are different forms of hypochondria.

Hypochondria in the form of an obsession is a neurosis and is characteristic of people of a certain type of character: impressionable, easily suggestible, emotional. Sign – fear of getting sick, infected, poisoned. The main difference between obsessive hypochondria is that a person retains critical thinking. He understands that his fears are unfounded, he tries to convince himself of this, but he cannot cope with anxiety.

Such experiences, if they pass quickly, are not dangerous and do not require treatment.