Why do we faint? 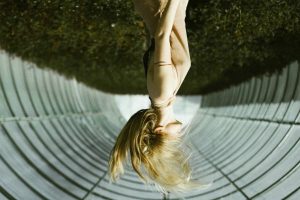 Syncope, or scientific syncope, is understood as a sudden, unexpected loss of consciousness, lasting no more than a few minutes, more often seconds. Fainting occurs as a result of insufficient blood flow to the brain. In most cases, this is the result of a drop in blood pressure.
Why do we faint?

Usually we feel the danger of fainting. There is a so-called pre-fainting state, which is manifested by the following symptoms:a person becomes ill;
he turns pale sharply;
feels weak, his head is spinning, his legs are weakening;
darkens in the eyes, a ringing appears in the ears;
profuse sweating occurs.
Syncope development mechanisms
Neurotransmitter syncope is caused by malfunctions in the autonomic nervous system. For various reasons, it changes the tone of blood vessels, changes the heart rate, reduces pressure. As a result, insufficient blood is supplied to the brain. Fainting often has a neurotransmitter nature (heat, stuffiness, stress, fear, etc.).

Arrhythmogenic syncope occurs due to sudden disruptions in the heart rhythm. Such fainting is characteristic of heart disease.

Orthostatic syncope occurs when a person suddenly gets up from a lying position. The vessels do not have time to react to the new position of the body, and there is an outflow of blood from the head.

Due to vascular pathology, a person may faint
Cerebrovascular syncope is associated with impaired blood circulation in the brain due to the pathology of its vessels.

Causes of fainting and loss of consciousness
Such reasons can be very different: from banal, caused by adverse conditions (situational), to serious illnesses that require immediate treatment.

stuffiness, heat, heat stroke – a fairly common cause of fainting, especially in people with hypotension – low blood pressure;
hunger, thirst – such fainting can also be provoked by severe dehydration due to vomiting, diarrhea, severe sweating;
too tight, constricting clothes – it is for this reason that in the past it was so common for ladies to faint when they wore tight corsets;
a strong psycho-emotional shock – unpleasant news, fear, panic;
overstrain – mental and physical;
long-term preservation of one position, its abrupt change (rising from a bed, chair);
strong pain.
Pregnant women often suffer from fainting – they often have hypotension. In addition, the blood flow is disturbed due to the pressure of the uterus on the blood vessels.

anemia, large blood loss due to bleeding;
hypotension – people with low blood pressure often suffer from fainting;
vegetative-vascular dystonia (VVD) – a pathological condition characterized by malfunctions in the activity of the autonomic nervous system, which is responsible for the coordinated work of blood vessels and organs; Adolescents often suffer from VVD;
panic attack;
decrease in blood sugar; hypoglycemia can be not only in those suffering from diabetes, it is caused by strenuous physical activity, alcohol intoxication, and a way out of prolonged fasting.
Fainting can be harmless when they are symptoms of diseases:

vascular diseases and pathologies – stenosis (narrowing) of blood vessels, atherosclerosis, cervical osteochondrosis;
cardiac pathologies – heart failure, arrhythmia, bradycardia, cardiomyopathy;
endocrine disorders;
brain tumors, craniocerebral injuries;
neuroinfections.
How to get rid of fainting?
The so-called situational syncope does not pose a health hazard. You just have to try not to get into situations where there is a risk of fainting, especially if you are hypotensive or an elderly person. If possible, do not overheat in the sun, avoid stuffy rooms, crowded vehicles, do not get up abruptly from a bed or chair, do not drive yourself to fainting, etc.

Yoga can help with arterial hypotension
There is no need to worry and worry about fainting during pregnancy, but you should tell your doctor about them, especially when they become frequent.

With arterial hypotension and vegetative-vascular dystonia, fainting is a fairly common occurrence. But they do not pose a threat to life. The prevention of such fainting will be the training of blood vessels. For this purpose, therapeutic exercises, water procedures (pouring, contrast showers), yoga are suitable.

Osteochondrosis of the cervical region, along with fainting, is characterized by headaches, numbness of the arms and legs, pain in the arms, neck, and shoulders. The disease is unpleasant, debilitating. Undoubtedly, it is necessary to consult a doctor, to be examined and treated.

When is fainting really dangerous?
Cardiac (arrhythmogenic) syncope caused by diseases of the cardiovascular system should be a reason for excitement and going to the doctor.

Unlike other forms, arrhythmogenic syncope occurs regardless of adverse factors. At the same time, a person can be in any position, even lie down.

Sometimes, however, infrequently, before fainting, there is a strong heartbeat, interruptions in the rhythm of the heart.