Raw food dietA raw food diet is a food system that is characterized by the complete exclusion of heat-treated food. There are a number of varieties of a raw food diet, such…

Cancer diagnosis and cancer preventionUnfortunately, many people continue to die from cancer, regardless of whether they are poor or rich. But still, cancer is not a death sentence! If you not only rely on… 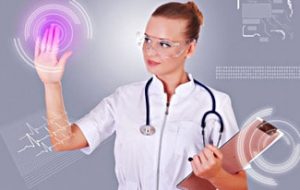 Medicine, of course, concerns each of us. And today we bring to your attention the 10 most interesting medical facts that may seem fantastic to you.

Surprisingly, the patient survived, although he had to stay in the hospital for about 1 month. That’s an organism!
Not only high, but also excessively low temperatures can lead to death. So in 1994, the two-year-old Carly Kozlofsky, the body temperature dropped to a record low and was only 14.2 degrees Celsius. This happened due to the fact that the front door in the house accidentally opened, and the baby had to lie in the bitter cold for 2 hours.

In principle, all the medical facts presented here are amazing. But this one is hard to explain. One day, a 42-year-old woman came to the doctor complaining of mild abdominal pain. Later it turned out that there were more than 2500 foreign bodies in the patient’s stomach. There were about 1000 safety pins alone. I wonder why she ate them?
The largest weight of a foreign object that has ever been removed from the insides of a person was 2.3 kg. It was a large lump of human hair, which the patient himself ate. Unfortunately, he suffered from trichophagia, in which a person has an “interest” in eating hair.

The largest number of medications ever used by one person was recorded in a resident of Zimbabwe. In more than 20 years of his treatment, he had to take almost 566,000 different pills. An interesting fact is that after all these experiments, he remained alive.
In terms of the number of injections made in a lifetime to one person, Samuel Davidson is in the lead. He had to perform nearly 79,000 insulin injections.
But the American Charles Jensen, you can really sympathize. Between 1954 and 1994 he underwent 970 operations on his body to remove neoplasms.

An interesting medical fact: the longest operation lasted about 95 hours. During surgery, the ovarian cyst was removed. Before the operation, the woman weighed 280 kg, and after the operation, the weight was only 140 kg.
Norwegian Jan Revsdal managed to survive the longest cardiac arrest. When he went fishing in the winter, he fell into the icy water. As a result of this accident, his body temperature dropped to 24 degrees. The heart, unable to withstand such a load, stopped for 4 hours. An interesting fact is that the Norwegian was completely resuscitated when a circulatory machine was connected to him.

When it comes to overloads, we often think of astronauts. But driver David Purley had to endure much greater loads. So in 1977, during a rally, he had an accident. On a stretch of 66 cm, its initial speed of 175 km/h dropped to 0 km/h. David miraculously survived. He had 29 fractures of varying severity, not counting dislocations. The heart stopped as many as 6 times, but he survived.